Cook Portable Warehouses sells portable buildings, but, one Cook Dealer learned just how much Cook Cares and decided to be a part of it.

Michael Smith came to Muskogee, Oklahoma because of his mom. She was a retired teacher who found herself battling cancer. He and his wife, Gayleen, knew she needed around the clock care and so blindly moved back to the area. 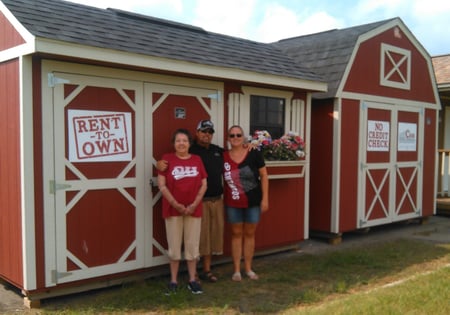 He began working for Cook and his wife became his mother’s main caregiver.  “I certainly could not have done any of this without my wife,” Smith said.


He first learned about Cook Portable Warehouses from a newspaper ad. And after he did his research, he discovered they held a lot of the same core values he had in his own life. So, he decided to take a chance and work his first Cook lot, selling portable buildings.


Eight months passed with his mom in a very fragile state, and Smith learned that Cook corporate was understanding and truly did care.  “There’s a lot of personal things in my little adventure with Cook, but it just shows their values,” Smith said.


So, when he called with his idea, he wasn’t surprised when they were on board.  Smith decided to carry on with something his mother, a retired special education teacher, used to do but couldn’t right now. Help local students thrive. 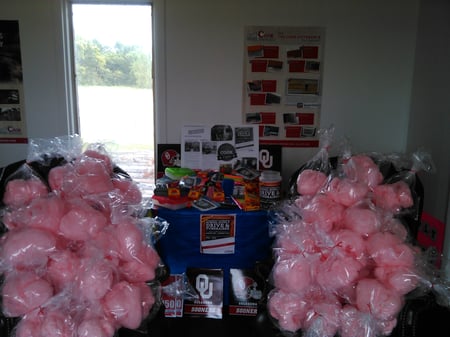 Smith decided to hold a back to school supply drive, in the heart of Muskogee, OK on his Cook Portable Warehouses lot.


It was a day of fun for the whole family with a bounce house, grilled hot dogs, snow cones and cotton candy.  They teamed up with their local radio station OKIE COUNTRY 101.7 to help spread the word.


“If you could see the little kids coming in with three erasers or 1 stick of glue, and watching the table grow...it was heartwarming,” Smith said.

He noted that it is amazing what can happen when we all give a little bit of effort.


By the end of the event, they were able to fill more than 50 Cook Portable Warehouses backpacks for area children in need. Each of the backpacks was filled with supplies to help kick off their year.


“You have to understand that 80-90% of the kids here are on free or reduced lunches,” he said, stating that going back to school for most families was an expensive undertaking and he wanted to help out.


Smith is excited to report that his mother is now in remission. After hosting this event for two years in a row, he hopes to make it an annual event, realizing this small effort makes a huge impact in the lives of local children. He challenges you and his fellow Cook dealers to think about how you can take a stand for students in your community. 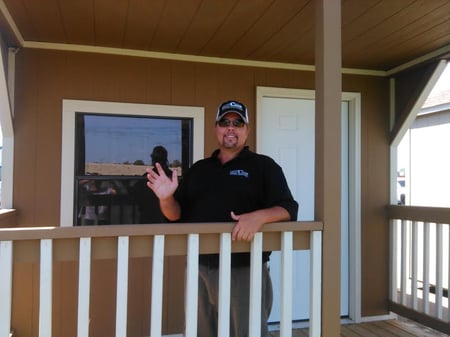