Buying a Shed: Don’t Let this Happen to You

The following stories illustrate what we see people go through. We, at Cook, just don’t want this to happen to you. You’ll see why...

John bought the house with the garage. He loved it the first six months, or so. Every morning he grabbed his coffee and then pulled his clean, warm car out of the garage into snowy, rainy and pollen heavy days.

But, there was a day it all began to change. He didn’t think much of it at first; it was just one day out of 6 whole months…. He drove up the driveway and didn’t even have to push the door opener. The garage sat open, but instead of his parking spot he saw a paint can and a chest of drawers.

Again, not a big deal.

He parked his car outside and admired his wife’s beautiful work on the old chest of drawers she’d been talking about refurbishing.

The next day he was right back in his spot. But he noticed the paint cans, the paintbrushes, and a few sawhorses stored off to the side. They weren’t taking up much space, so he forgot about it.

A few weeks go by. The Christmas decorations never quite made it to the attic because “they always smell too musty when they come back down”. And, now when he gets out of the car, he’s squeezing through the open door so as to not scratch the car on his son or daughter’s bikes they got for their birthdays.

Months later, John’s car is now sitting in the driveway under the big oak tree where sap drips onto his hood.

John needs to reclaim his garage. Thankfully, Cook helps guys like John every day find room for their car and their family’s “stuff”.


What’s the solution for John? 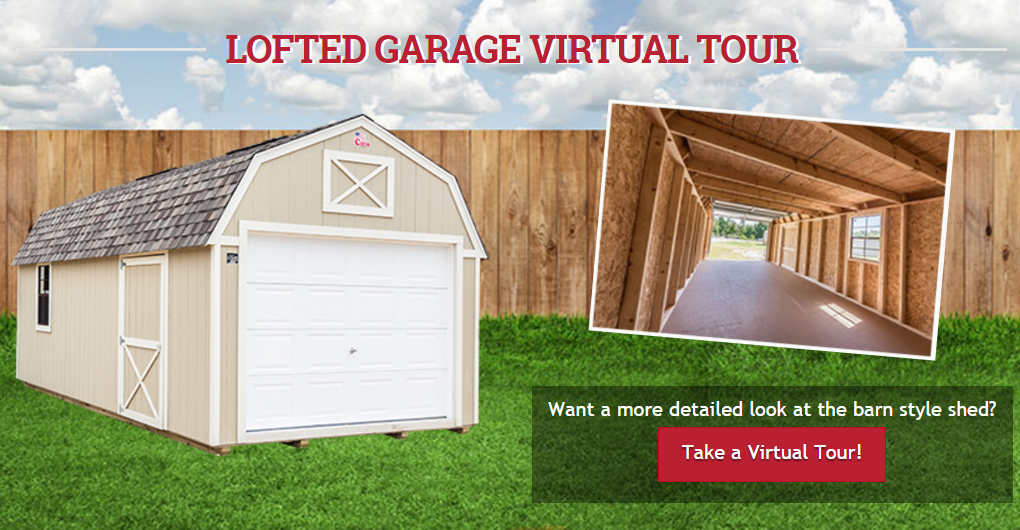 He has the option to reorganize the items in his attached garage out in the Cook shed. Or, he can simply allow the attached garage to be the catch-all and he can use the Cook Lofted Garage for his car. Plus, with the loft, he’ll quickly discover that even if the kids or his wife need to store something, he can still keep his garage floor vacant strictly for his car. 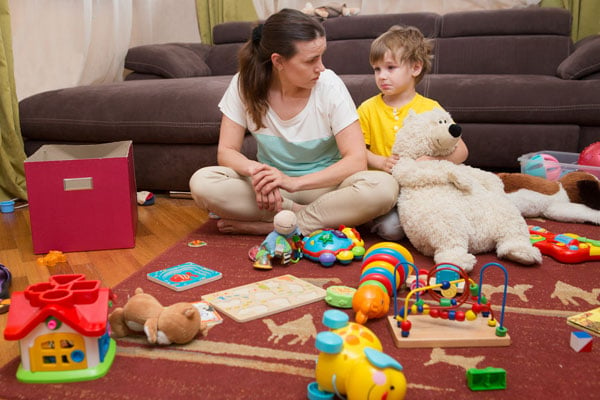 Every few weeks one of Susan’s friends hosts the girls for a book dinner club, and every few weeks Susan quickly speaks up about how she’ll bring a couple of dishes. But she never, ever volunteers to host.

No one has ever called her out on it. But, that doesn’t keep her stress level from rising whenever the next get-together is mentioned.

She just doesn’t have enough room. Her kids use the living room as their playroom, her husband uses her kitchen as his workshop and the closets are overflowing with clothes, decorations, keepsakes and so much more. She honestly doesn’t have the space for an entire group to come and enjoy a cup of coffee. 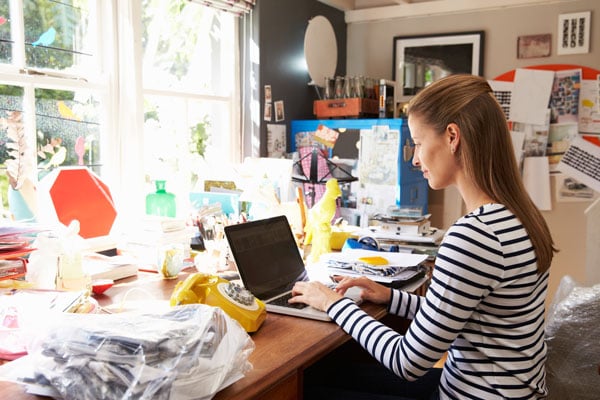 What Susan doesn’t realize is that a portable building a few steps from her back doorstep could open her up to a world of hosting possibilities.


What’s the solution for Susan? She could: 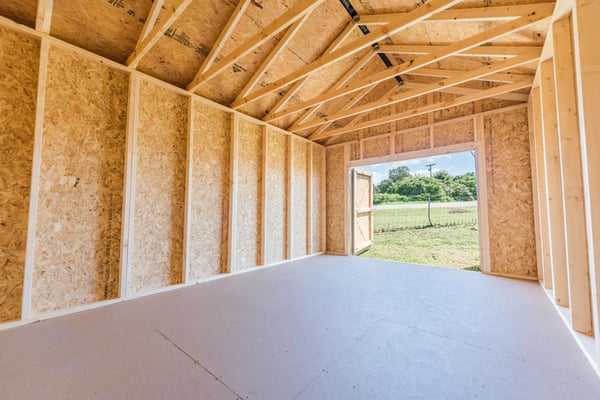 Both are great options and both give her more space in her home and more space to entertain. The Cook Utility Shed would be a great choice for options A or B. 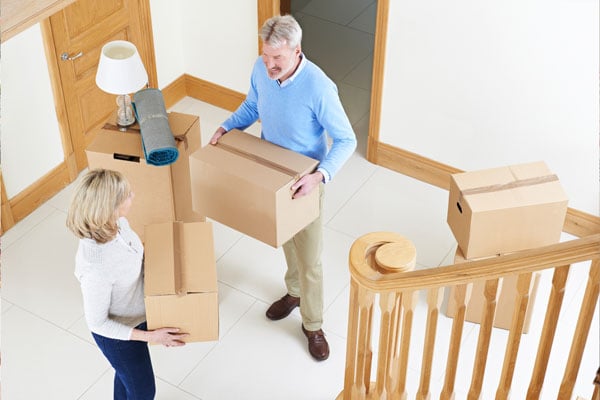 After saving money for more than a year, Julie and Jason arrived at the shed lot ready to buy! They had already decided on what they needed, where it would go and what was going inside.

They purchased, it was delivered, and it was beautiful.

At first, they marveled at how much room they had. They made a clear pathway so everything was accessible. Every storage bin and box was labeled. Plus, each tool had a designated spot on the pegboard wall. It was exactly the way they had planned it months prior.

Fast forward a few weeks down the road and they’re now preparing for their son’s graduation and discussing his return home, at least for the summer. So the cleaning begins. They clean out the spare bedroom again, piling boxes and knickknacks onto the workbench out in the shed. When he moved back in, he brought a few pieces of furniture with him that barely fit into the walkway of the shed. What was once functional and organized, quickly became impassable. You can’t step inside the shed anymore, only look in long enough to decide if what is in the back is really worth the effort (usually it isn’t). 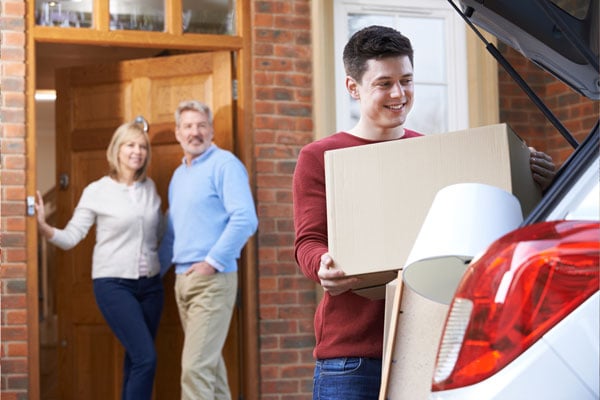 What’s the solution for Julie and Jason?

Well, there could have been an easy fix for Julie and Jason. It was wonderful that they saved money for their shed, but there is a different scenario they could have experienced.

If Julie and Jason had chosen the rent to own program, they would have been eligible for the trade up option with Cook’s portable buildings. So, a few weeks after their son moved in, they could have upgraded to a different size or style once they discovered the one they purchased was not going to fit their needs. This way, their investment could have transferred to the larger size, continuing to give them the storage and work space they’ve been needing.

But instead, they experienced the same issues as before, now with an extra person in the house. The only solution we see is either getting a bigger shed, or helping their son move out quickly. 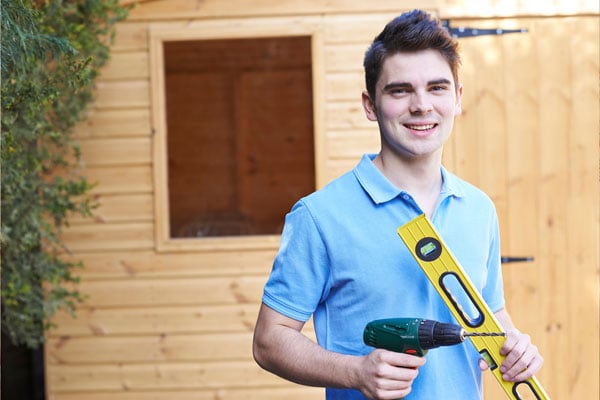 He bought a shed years ago, he’s loved every minute of having a place to store his tools and occasionally saw a few things in half or hammer something together. It’s been great!

As he stepped into his shed to work on a new project, he finally noticed the creek in the floor that had begun weeks prior. Later, one of his kids asked why there were little mud tunnels running up the side of the shed. They thought it was cool looking.

He didn’t think much of it until he noticed a pile of little brown pellets toward the back of his shed. That’s when he knew he had a problem.

When you purchase a wood shed, many have had this very experience. It’s wood. Termites like wood. Makes sense.


So, what’s the solution for Bill? 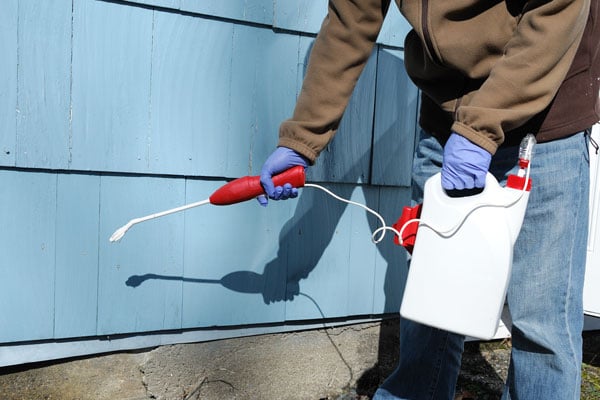 An exterminator. But, Bill could have avoided this very issue by choosing a Cook shed! These sheds are wood, but they’re very much ready for the termite challenge. Our lifetime warranty guarantees that our sheds are built with treated wood on our floor skids, floor joists, floor decking and siding. This allows us to extend a lifetime warranty against structural damage caused by termites or fungal decay on all exposed wood components. So, if any of these components on your Cook shed are damaged by termites or fungal decay, Cook will repair or replace the damaged parts for free. Now these stories are all fictional representations of some of the issues we’ve seen many deal with. So, if you’re already living one of these stories, contact us to find the right storage solution. Let’s find you room for your stuff that will last a lifetime and that you can afford right now!